In this article, we are going to learn the basics of Apache Kafka and it’s core concepts. And yes, a bit of history too.

Apache Kafka is an open source distributed streaming platform developed by LinkedIn and managed by the Apache software foundation.

Apache Kafka is based on the commit log principle i.e messages in Kafka goes for permanent record. Kafka allows pub/sub mechanism to produce and consume messages.

A bit of History

The name Kafka is inspired by the author Franz Kafka because of one of the developers of Kafka Jay Kreps like his work.

The individual behind the Kafka project created a new company called Confluent.

You can learn more about Franz Kafka here.

Here is the high-level view of Kafka architecture. 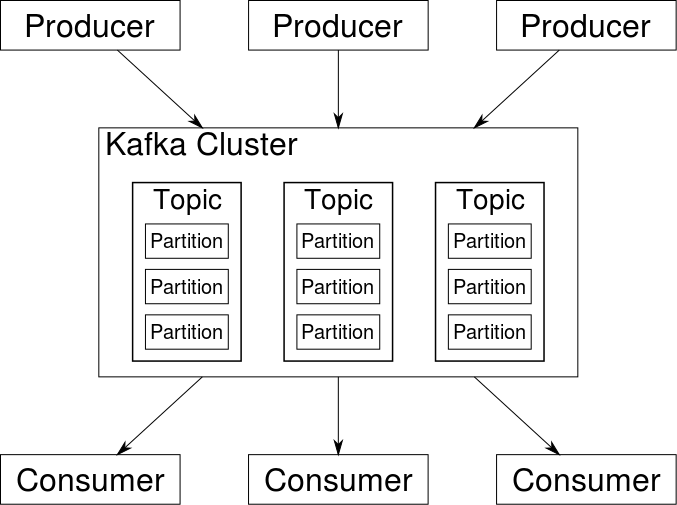 There are 4 major APIs in Kafka:

We are going to use Producer and consumer API a lot in upcoming tutorials.

Kafka uses topics to store the logs (messages) and producer creates new messages in the topic and consumer reads the message from the topic.

Topics can be divided (partitioned) to scale and distribute data across various systems and can be replicated (copied) to the various system to handle failover.

Kafka uses zookeeper to facilitate the brokers with metadata about the processes running in the system and to provide health checking and broker leadership election. Zookeeper is like go to software when it comes to handling distributed application challenges.

Where can we use Kafka

One of the popular uses of Kafka is in Microservices architecture applications where multiple micro applications are deployed on different server facilitate the communication using Kafka.

How to integrate Kafka in your code

You can use Kafka integration in Java directly using org.apache.kafka class.

We studied what is Kafka and why do we need a stream processing framework. Kafka is really useful when developing a distributed application.

This article is a part of a series, check out other articles here: