“The Times 03/Jan/2009 Chancellor on the brink of second bailout for banks.” 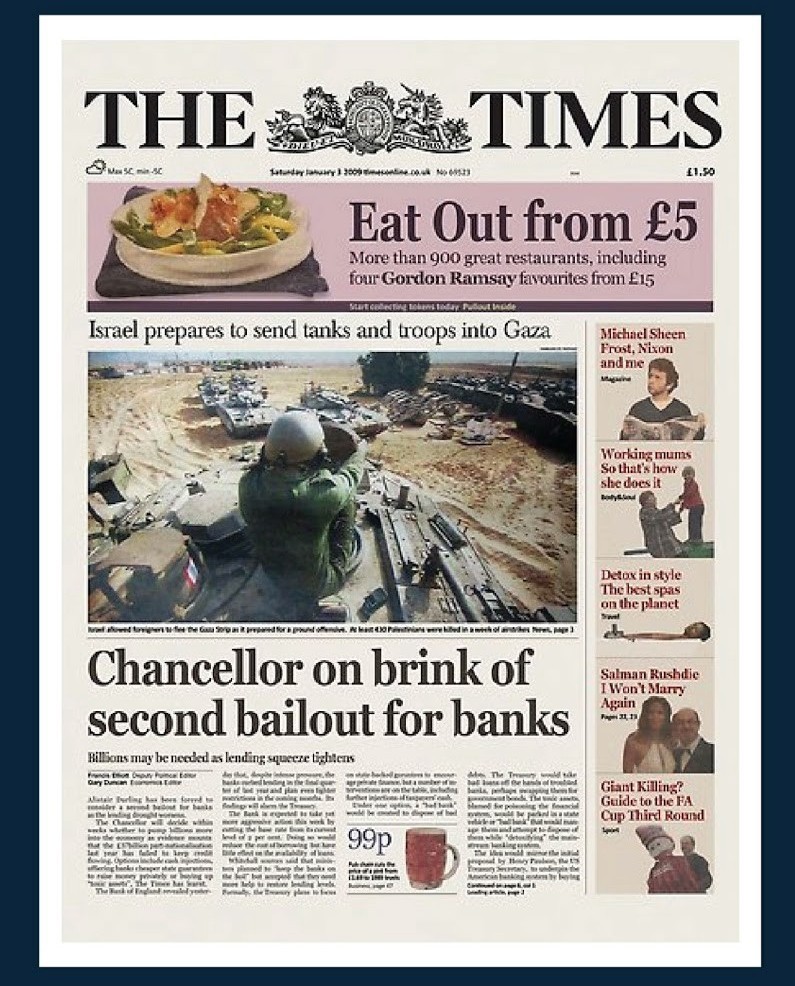 On 3 January 2009, Satoshi Nakamoto mined the first-ever block of Bitcoin — a peer-to-peer decentralized cryptocurrency—and added the headline of The Times as a message in the block.

You might be wondering why this message is the first phrase of the book? This is because the message is marked in history as the day when the revolution in the century-old finance industry began.

In this article, we will study, in brief, the history of Blockchain and Bitcoin. We will also dive into the secret life of Satoshi Nakamoto, the creator of Blockchain, and distributed ledger technology, and Bitcoin.

let’s understand the basics of Blockchain in brief.

Blockchain is an immutable, peer-to-peer, distributed ledger containing the records in a format called “blocks” that are linked together using cryptography, and hence the name Blockchain.

Blockchain is distributed, which means each computer running the program contains a copy of the entire Blockchain. It improves the reliability of the data across the network.

Blockchain is p2p based, and there is no central server required. Anyone with a computer and internet connection can become part of the network.

The distributed ledger was built for Bitcoin to handle the money aspect of the system. A ledger is a financial recording system containing the credit and debit of a particular person or account. While banks have a central ledger, Blockchain provides distributed ledger spread across thousands of machines.

Blockchain is linked using cryptographic functions. Each block in a chain knows the address of the previous block till the Genesis block.

Blockchain stores the blocks that consist of transactions. Once the entry is made in the Blockchain, it can’t be reversed, so it is immutable. In the upcoming section, we will learn how the entry of blocks is done in the chain.

The key characteristics of Blockchain are as follows:

One of the key characteristics of the Blockchain is immutability. Once data is submitted in the chain and has been confirmed by 51% of the peers in the network, you can never alter it.

Blockchain is cryptographically secure and uses asymmetric cryptography, where only an intended party with the key can decrypt and see the data.

Blockchain is decentralized, which means there is no central authority controlling the network. It’s controlled by the participants of the network.

Blockchain provides the record of ownership. So, it supports true provenance.

Blockchain provides true anonymity to the end-user. No user information such as name, IP, and the location is stored in the chain, ensuring zero chances of censorship and tracking.

Blockchain is transparent. You can view every transaction from its origin to date on your browser. Everything is available to the public with no hidden agenda!

Before we proceed further, let’s look at the types of Blockchain.

Blockchain was meant to be a public ledger. However, due to corporations not wanting to share their data with the public, some Blockchains are intended to serve such entities.

Blockchain, in a nutshell, can be divided into three groups:

Let’s learn about them in brief.

A public Blockchain, as the name suggests, is public; so, anyone can join the Blockchain network, read the data, and write to it.

The Bitcoin network is among the first few public Blockchains in the world. You might be wondering how it’s secure if it’s completely open to the public.

A public Blockchain such as Bitcoin has a consensus mechanism that ensures that the network is secure and data is valid across every peer connected to the system. The second part is the encryption mechanism used by Bitcoin is asymmetric, so it needs the key of the sender and receiver both to decrypt the data, which makes it secure and fraud-proof.

The consensus mechanisms used by the public Blockchain can vary between proof of work, proof of stake algorithms. We will understand the consensus system in the next section.

Public Blockchains are slower and less efficient than private and federated ones.

Federated blockchains are shared Blockchain among various federations or entities. In simple words, instead of going public, the Blockchain is only shared among a few organizations.

Every read and write operation can be done only using the permissions granted by the authorities. As it has fewer peers, a federated Blockchain is fast and efficient as compared to a public Blockchain.

A federated Blockchain does not require any consensus algorithm to handle conflict issues as all the peers in the Blockchain network are identified.

We have studied the Blockchain and its types; now, let’s understand the history of Blockchain.

The core principles of Blockchain—distributed computing, cryptography, decentralization, and consensus algorithms—are not new. They have been around since the 90s and are taught in computer science classes all around the world.

So, one may ask why distributed ledger technology and Blockchain came into existence in 2009.

Well, to find the answer to this, we must understand how our banking system works. Banks are the central authority that owns your money and keeps a record of every transaction you make.

There was a time when paper currency was printed based on the
number of natural resources one country possesses, mainly gold and silver. It’s unlikely that we find gold and silver mines every day, so the supply was limited, and so the value of the currency.

The paper currency you currently hold is printed based on credit without the backing of natural resources such as gold and silver. This move allows federal banks to print as much money as they want.

Remember the newspaper cut mentioned at the beginning of the article? That’s the time when this economic model failed and when banks closed like small shops. That was the 2008 global recession.

So, where is the problem?

Satoshi thinks it’s the central authority of the banks. Satoshi had a vision of the currency supported globally and transferred anywhere without a bank. This vision later became Bitcoin.

But, is Bitcoin the first cryptocurrency ever?

The first work on cryptocurrency can be traced back to 1991 by
Stuart Haber and W. Scott Stornetta. This duo wanted to develop a cryptographically secured document timestamp system, where the document cannot be altered once stored in the system.

Hashcash was developed to prevent spam in the computing system. Later on, Hal Finney developed a reusable proof of work algorithm using hashcash.

Satoshi Nakamoto, in 2008, combined Merkle Trees and reusable
proof of work algorithm with building his Blockchain to support the working of a new cryptocurrency.

The first-ever Bitcoin transaction was sent on 12 January 2009 by Satoshi Nakamoto, where he sent 50 Bitcoins to Hal Finney.

Bitcoin transactions have since reached their high to around 50000 at the time of writing this article, as you can see in this graph: 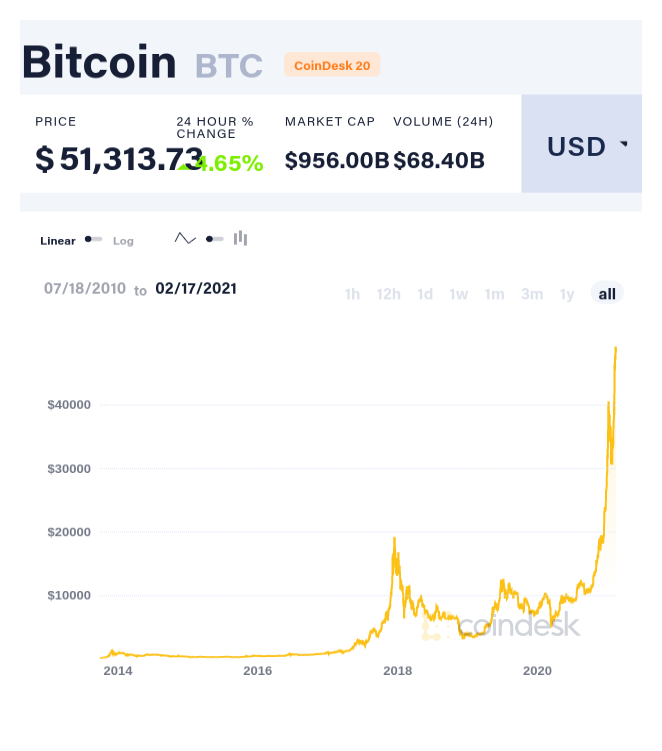 At the time of writing this book, no one knew who Satoshi was—the creator of Bitcoin and Blockchain.

This is our brief introduction to Blockchain and Bitcoin. In the next article, we will learn about the core components of Blockchain.

This article is referred from the Book I published naming Building decentralized blockchain applications. Consider a purchase if you like our blockchain content.