Angular2 is pretty much stable now and this is the first entry of Angular2 articles at Codeforgeek.

Lots of our readers have been asking to post tutorials on Angular2 and we are going to begin it with simple Getting Started With Angular2 tutorial.

Angular2 runs on top of Node.js, so you need to install the latest version of Node.js ( Version 6.9> is recommended).

Once installed, you need to Install angular command line module.

To do that, run following command in terminal.

Once installed, you can run the following command to check if it’s working or not.

It should print following in console.

The angular command line is official tool provided by Angular2 team to create, manage the Angular project. It follows the best standard and code practices recommended by the Angular team.

Next dependency is TypeScript.

To install it, run the following command in terminal.

It should return the working version of TypeScript.

In a nutshell, TypeScript is JavaScript with type checking support.

This means, there will be less runtime error and more productivity to the developers.

This is the reason, the Angular team recommends TypeScript to developer Angular2 apps.

We are done with dependencies installation, let’s create a new Angular2 application.

To create new Angular2 application, run the following command in the Terminal.

This will create the new folder named as the application name provided in the command.

To run our new app, switch to the project folder and run following command.

Visit localhost:4200 to view the app. 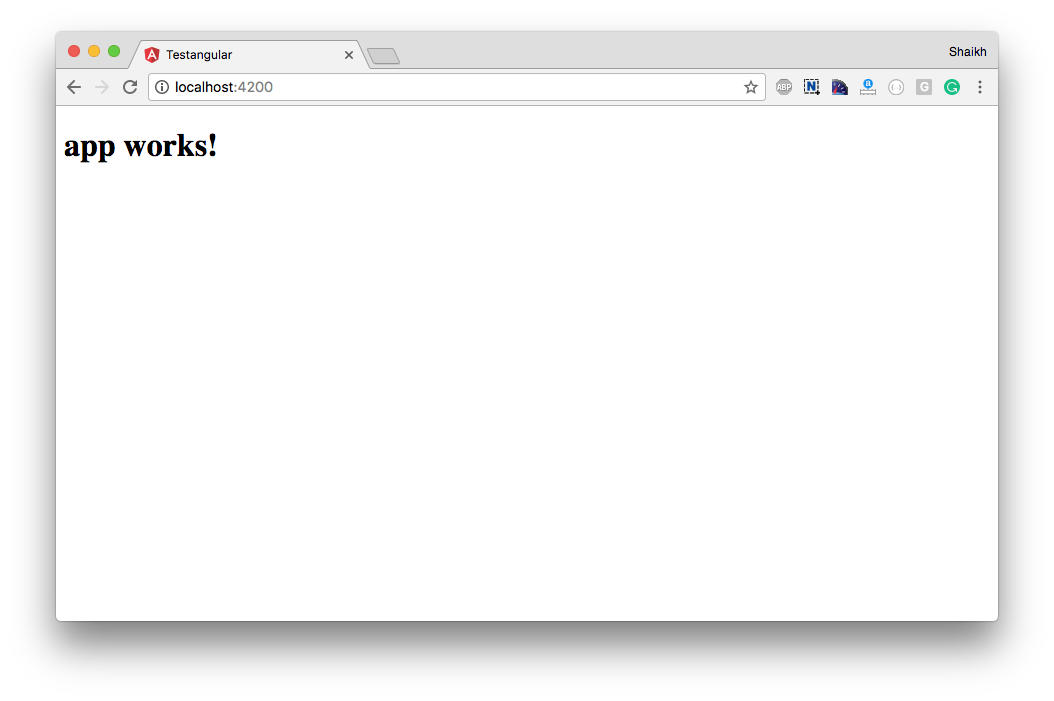 You can check the source code files in the src folder.

In the next tutorial, we will learn how to make HTTP calls using Angular2.

Getting started with Angular2 is really easy using Angular command line application. You can learn about structure of the Angular2 application here and here

3 thoughts on “Getting Started With Angular2”